inJoy of Resistance is heard on Thursdays* 9-10 PM on WBAI Radio, 99.5 FM (EST), streaming at wbai.org Follow us on twitter at @joyofresistance Email us at jor@wbai.org Donate to WBAI at give2wbai.org

At  Left Forum 2016  (May 28 & 29th), Joy of Resistance recorded 3 ground-breaking and controversial panels on gender & sexuality. We’ll be playing excerpts from these panels on tonight’s show and on our show on June 23.

We’ll begin with our Feminist News Headlines and a brief tribute to Nanette Rainone , who was pioneer feminist broadcaster at WBAI in the 1970’s, who died on May 23. 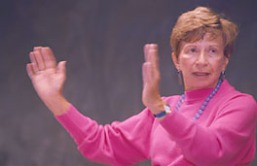 We’ll then speak with Sonia Pressman Fuentes , the first woman attorney in the Office of the General Counsel at the Equal Employment Opportunity Commission (starting in 1965) and who was instrumental in the founding of the National Organization for Women . She has been a feminist organizer for most of her 87 years and we’ll share her reaction to the first woman presidential nominee of a major political party–in the 240 year history of the United States!

Women of Color–Asian, South Pacific and Indigenous–from a number of organizations including Asian Women Coalition Ending Prostitution (ASWEP) and Coalition Against Trafficking in Women (CATW) weigh in on the fierce worldwide debate over “prostitution” vs “sex work” / decriminalization including of pimps and johns) –vs– “The Nordic Model” , which offers women “exit strategies” and criminalizes pimps/johns, while decriminalizing the women. The panel traces both the historical and current connections between today’s worldwide sex industry and the colonization of native peoples and shows that most women in the sex industry are women of color forced into prostitution for economic reasons (rejecting the “sex-work-as-women’s empowerment” model).

Warrior Sisters is a group dedicated to ending systemic male violence against women and draws inspiration from the “Gulabi Gang” , or “Pink Sari” women, a grassroots women-led movement fighting male violence against women in India. Through self defense lessons and discussion, Warrior Sisters works to “build a culture of resistance and empower women as a collective force”. They have chapters in many cities and are currently giving free self-defense/feminism classes in the Bronx.

A left critique of the Gender Identity Framework. The four panelists are: Kathy Scarbrough, a neuro-scientist  and feminist activist, Samantha Berg, a linguist and  anti-prostitution activist, Kara Dansky, an attorney and author-activist and Penny White, a psychologist and the mother of a shild who “almost transitioned”, offer a critique of current trans ideology and how it is affecting language, law, culture and feminist activism, as well as individuals, familes and women-as-a-group